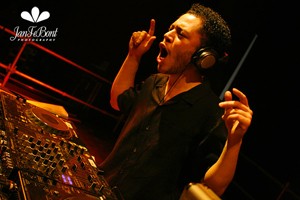 Okay, I`m gonna tell you a bit about me! Hmmm... where to start though? Well, I guess with telling you where I was born and things like that.

I was born in Nicaragua on Januari 19, 1981 and I grew up there `till my 11th year. So I guess you could say that I kind of grew up with the great music that the Latin culture has to offer. Ofcourse, having a family that is quite fond of music and dance (like the rest of the people in Nicaragua, actually) also makes it impossible not to grow up with the music. Specially the Salsa and the Merengue...
Not really interested in Salsa and Merengue (I listened to a lot of Hip Hop, Rap and R&B in English and Spanish) I had little choice when going to the many, many family parties, performances by family members at schools, birthday parties, etc. As you probably know there are some things that absolutely cannot be missing at a Latino party. Some of those things are ofcourse: food and music! And most of the music played was indeed Salsa and Merengue.

Weird enough it was when I came to Holland that I started to get interested in Salsa! I don`t know, maybe was it because I missed it without realising it or maybe it was the Latin roots in my blood that started to emerge! And it was not only the music that I was interested in, but the dance too. I started not only to hear the music, but to listen to it as well.

In 2002 I started to help with dance lessons at Fusion Latina in Nijmegen. Most of the time I was the one that played the music, but it was on the free dance nights that I got to play DJ.
After a while I was asked to play for the well-known "A Lo Latino" parties