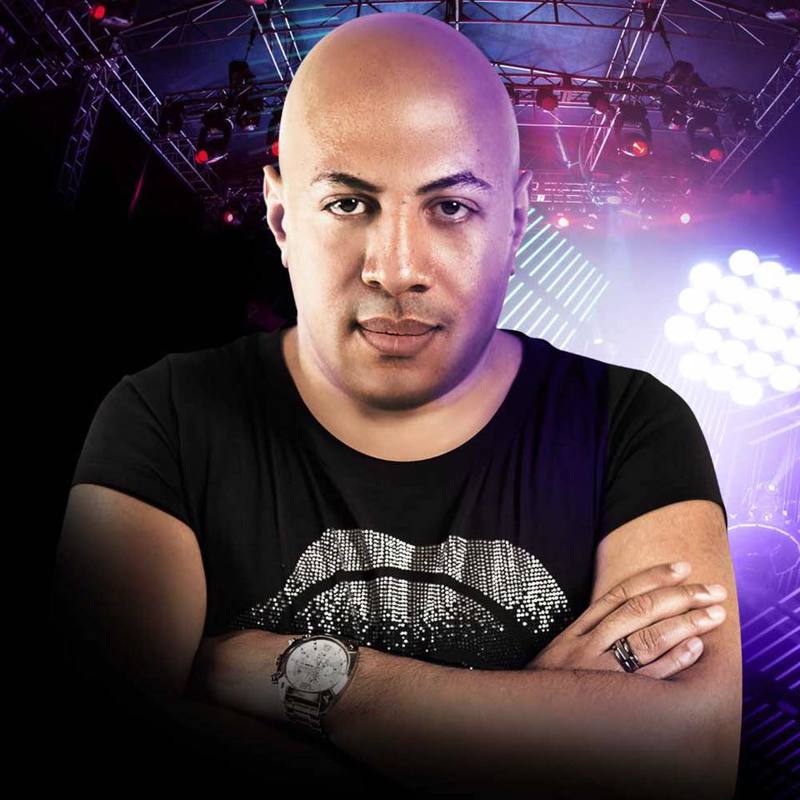 DJ Sosa was born December 4th 1979 in the city of Santiago in the Dominican Republic. In 1987, age seven, Anderson V. Belliard Sosa moves with his family to Amsterdam, The Netherlands. It is not until 1994 that he returns to the country where he’s born, for a five-week holiday. This holiday changes a lot for Anderson. Once he’s back in the country of bachata and merengue music, he starts to develop much more interest for music in general. He returns to The Netherlands with a suitcase full of tapes with all sorts of latin music: salsa. bachata, merengue, reggaeton and spanish r&b.

Not long after that Anderson was asked to play some music on birthday-parties of friends and friends of friends. Everyone was extremely enthusiastic, despite the fact that Anderson didn’t do quite much but pressing the play and stop button. Quickly he got asked more frequently. It became a hobby, and Anderson didn’t got paid for it. In the same period Anderson started to regularly throw parties in his parent’s house. His popularity increased and he even got a fan base.

In 1996 Sosa got himself a job at Pico Records, a store that’s specialised in selling Latin music, this way he could combine his job and his hobby. Because he worked at Pico he got in touch with people with the same hobby. It was then that he got the offer to spin his records at Margarita’s. In the meanwhile Sosa transferred from tapes to cd’s, he only had around 40–50 cd’s suitable for his audience. In order not to look unprofessional he bought himself a cd-box that he filled up with cd’s from friends and family. To him it didn’t matter that the mere of these cd’s were of local artists like Andre Hazes, he just didn’t want anyone to notice that his cd-box was pretty empty. Sosa took the offer and stayed with Margarita’s till 2000.

DJ Sosa was back in Dominican Republic when he got the news that Margarita’s was closed and would be sold, he was convinced that this would be the end of his career as a DJ, but it turned out not to be. Other club-owners in Amsterdam lined up to fill the emptiness left by Margarita’s. They got interested in latin-themed parties and DJ Sosa gratefully took advantage of the situation and increased his number of gigs. This was the beginning of his success.

His boss at Pico Records came to realise that Sosa couldn’t combine his job at the store with being a DJ and gave him the choice: either Pico or his career as a DJ. It is clear to see that Sosa chose the last.

From 2003 on, he was in the pre-show of almost every concert of a latin-artist in the Netherlands, and in 2005 he started a series of Puerto Rican Reggaeton Parties with a companion. At first these were held in club XQ (with a capacity of an estimated 300 people), then they moved on to club Latido (an estimated 700 people) and later to the Powerzone (an estimated 3500 people). The parties were such a success that they were also thrown outside of Amsterdam (a.o. the Hague). The organisation operated under the name of PRRP and even gained successes abroad, like in countries such as Aruba, Curacao, Venezuela and Colombia. PRRP guaranteed success and did shows of, amongst others, Wisin & Yandel, Tito ‘el Bambino’, Daddy Yankee, Aventura and Arcangel, as well as smaller latin-themed events.

DJ Sosa came a long way since Margarita’s: he spinned records in Ahoy (10.000 people in Rotterdam) and the Gelredome (40.000 people in Arnhem), he was responsible for the pre-shows of none other than Shakira and Aventura. Last year he even celebrated his birthday (3500 people) by doing a concert of Aventura in the Powerzone, he won the price for ‘best Latino-DJ of the Netherlands’ three times, and the price for ‘best DJ of the summercarnival in Rotterdam’ one time. In the meanwhile DJ Sosa didn’t just focus on his on career, he is also very driven to help young talent by giving them the possibility to show their skills despite if it’s singing, rapping or dancing.
It is clear to see that DJ Sosa became a household name in the Netherlands…
Up next: the rest of the world!