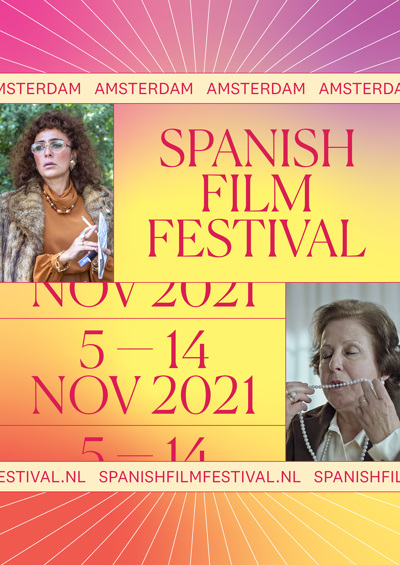 Honoring the power of Spanish diversity and its reflection in and through cinema, the poster features two images: The first one belongs to the iconic and established actress Candela Peña in her role in the tv show Maricón Perdido, created by Bob Pop. This coming-of-age story follows a small town boy in search of his own identity, inspired by the creator's life; celebrating the heritage, culture and contribution of LGBTQ+ community. The second image features a frame from the film Destello Bravío by Ainhoa Rodríguez, an original drama that often looks like a documentary, but also takes inspiration from surrealism and magic realism, defying tradition and experimenting with something beyond and on the periphery of the Spanish cinematographic industry.

With a colorful and cheerful design, the 7th edition of Amsterdam Spanish Film Festival offers a bright view in the artistic field of cinema and its reflection of reality, both from a recreational and critical lenses, celebrating the most powerful, thought-provoking and enjoyable Spanish films of the year. Soon we will reveal the entire line-up!

We are also announcing the two first confirmations that you'll get a chance to watch during the 7th edition of Amsterdam Spanish Film Festival!

MARICÓN PERDIDO (QUEER YOU ARE)

The coming-of-age story of a town boy in search of his own identity. It is a fiction inspired by the life of Bob Pop. The protagonist is a small-town boy who tries to find his own identity and whom the viewer finds in stages of his life: the eighties, when he is an overweight teenager and a fan of musicals; the period of discovery during his student stage in Madrid and, finally, the present, already converted into a writer. Gabriel Sánchez and Carlos González perform Bob Pop in different stages. Candela Peña and Carlos Bardem are the parents, with whom he maintains a conflictive relationship, and Miguel Rellán, his grandfather. Alba Flores plays her best friend in college. 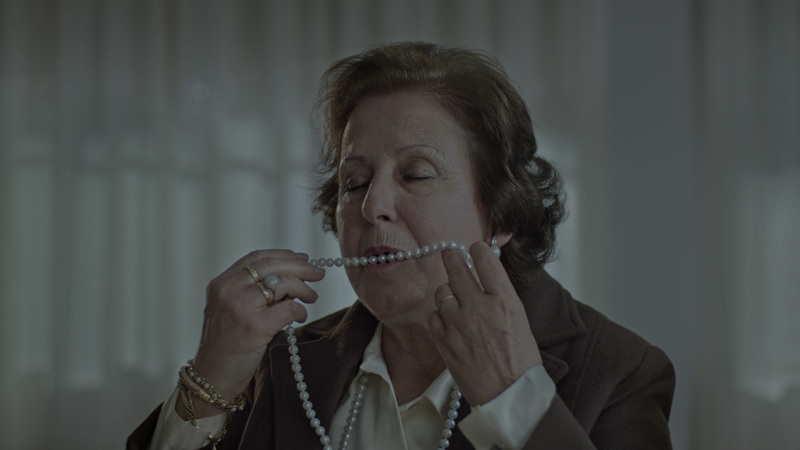 Isa uses a cassette recorder to record messages to herself, which she later plays back. “A mighty flash of light will appear above the village, which will change everything”, she hears herself say. “It is magnificent. We will all get a headache, we will lose our memories and we will disappear.” Isa hopes for change, and this is not surprising. She lives in a small community in the southwest of Spain where nothing ever happens. The young people all leave. For those who remain, time seems to stand still. Cita is not satisfied with this; her hopes are fixed on something different. She leaves her husband and roams the small town.

Honoring the power of Spanish diversity and its reflection in and through cinema..