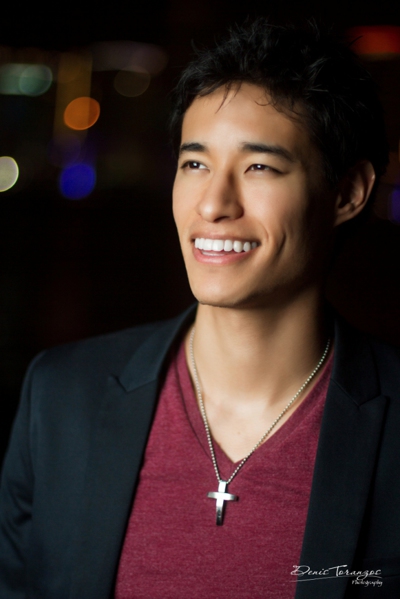 Tony, tell us a little bit about your background, your roots, and your musical influences.
I was born in Lima, Peru. My mom is from japanese descent, and my dad is a mix between Mexican, Spanish, and Lebanese (which is where my last name comes from… Succar = Sugar in Arabic). I grew up in Miami, FL, influenced by many Cubans, Colombians, Puerto Ricans, etc… this is how I started getting into salsa music.

The amazing part about Miami is that it’s truly a cultural melting - pot… so musically, I was exposed to many different styles of music. As a child, I listened to a lot of hip-hop and R&B, then transitioned into rock, but I always listened to Latin Music, especially in my house. My parents are musicians, Salsa, Merengue, Cumbia, Latin Jazz, and of course, Folkloric Peruvian music was always being played in the house. The first instrument I learned how to play was the Peruvian cajon, so I’ve always been connected to Afro Peruvian music… it’s natural to me. One of my biggest musical influences is Tito Puente. This is what inspired me to become an arranger, producer and band leader. There not many percussionists taking on those roles, that’s why I chose this path.

How did you come to the idea of UNITY - The Latin Tribute to Michael Jackson? Tell us your (deep) feelings about such an amazing creation.
The idea of this project came about in 2010, when I got called by a booking agent to do a Halloween show in Miami Beach. The show was going to be a block party in Lincoln Rd. and the theme for the night was “Thriller on Lincoln Rd.”. The agent requested if I could play the song Thriller, however since I was going to be playing with my local salsa band, I decided to go the extra mile and try to create an arrangement for the song that would work with the instrumentation of my band. The arrangement came out so good, and the reaction of the crowd was so positive, that it was that night that inspired to me to explore in producing an entire album in tribute to Michael Jackson. I’ve always been an MJ fan, so for me this adventure was going to fun and special. I had no idea that it was going to be so big, or that Latin stars such as Tito Nieves, India, and Jon Secada were going to participate, but I did know that if I was going to do something for MJ, it had to be “over the top - amazing”.
This passion project is a testament of love and unity. Everyone involved is an MJ fan, we all believe in MJ’s legacy and the messages in his incredible music, and that’s what makes this whole adventure more incredible.

So your admiration and respect for the universal work done by Michael Jackson motivated this show... How has been the acceptance by Michael's more purist fans and general music reviewers?
The acceptance by Michael’s most purest fans has been surprisingly great. I believe that those who truly know MJ can connect with this project because of the amount of care and respect we put into every song. Unity was not motivated by money, or was not molded by commercialism or anything of that sort… Unity was pure motivated by a desire of paying tribute with the utmost respect and admiration possible to the icon we all look up to.
The critics reviews have also been great. Whether they are experts in Tropical music, jazz, or pop, they all seem to have a similar review on our project. They appreciate the efforts we put into the arrangements, instrumentation, and performance of not only the artists, but the musicians on the recordings... how we preserved the essence of Michael’s original songs, but still managed to take them into a whole different world by incorporating these forceful latin rhythms creating a very unique tropical/pop fusion.

The musical substance is essential in UNITY to keep a perfect balance between pop and latin... how long did musical total arrangements, voices and general project take to be ready?

The process of arranging these songs was pretty extensive. Keep in mind that when I was writing these, I had no idea who was going to sing them… I never imagined I would have Latin superstars/power voices actually featured in this project. My focus was not to make “commercial” arrangements, I wrote them thinking as if Quincy Jones were to judge me on this, Tito Puente, Michael Jackson himself… I would ask myself, would Quincy and Michael be proud of this? I just tried my very best to be as musically interesting as possible without loosing the balance I was trying to accomplish between the pop and the Latin… that was the most difficult part, creating that formula.
I don’t recall how long exactly I spent writing all of the arrangements, but I think it was around 6 months more or less… and then recording, that was the longer process. I recorded over 90 musicians, and 9 artists in different locations… so I also had to save up money while I was doing it to cover all the costs… I think that process alone was almost 2 years.

Why did you call this project UNITY instead of using, may be, a more commercial name and what's the most important objective when you create your music?
I named this project Unity because it represents what Michael’s music is all about… Take songs like Black or White, Man In The MIrror, Earth Song, They Don’t Care About Us…all of these strong messages of the unification of human beings, self-reflection, earth consciousness, “no to racism”... this is what truly stood out to me and I wanted to pay tribute to that. Michael’s message, his legacy. Unity also represents the Unity of cultures, musical styles, which is exactly what I tried to accomplish musically with this project… so that’s why I chose this… it was just perfect.
The most important objective for me when I create my music is for it to connect with the listener and the dancer. The magic behind salsa music is the groove, and that special sauce that makes you want to get up and dance… the energy… I need to make sure that this special something is always embedded into my music. Of course, it depends on the style of music I’m writing, however, when it’s Latin and salsa, I need it to give me goosebumps and make me want to dance.

Bruce Swedien, legendary Grammy Award-winning audio engineer and music producer assistant of best-selling album in the world "Thriller", has said about UNITY "Michael would have loved this Project. He would be thrilled about what Tony has done and I'm grateful to be part of it". How do you feel about such a recognition and what it personally means to you?
The opportunity to work with the legend was probably the biggest highlight in my career. We sat down and mixed on the same exact console he mixed the original songs… with Michael, with Quincy… for me, that’s like the ultimate honor I could ever receive. I learned so much with him. Bruce connected emotionally with the project, the his expression of gratitude, and his words “Michael, would’ve love this project”… that means the world to me, and it makes me feel like I accomplished my mission with this project.

7) UNITY album had included collaborations by Tito Nieves, La India, Jon Secada, among other great singers, reaching number one at Billboard. Recorded in New York, Miami, Puerto Rico, Texas & Peru, the whole music world is enthusiastic and love UNITY but... Latin Grammy did not accept album to be included this year stating that it was no "latin enough". Please tell us briefly what happened and their reasons, if any, they do so.
The situation with the Latin Grammys was extremely unfortunate.. They basically said that what counts for them is lyrics, not music. So if we don’t have more spanish than english words, it doesn’t allow our album to be considered Latin. However, the worst part about this is that they didn't’ truly calculate correctly, because they were only looking at song titles at first. Then they did a word count, but the word count was very inaccurate and they started counting vocal pads such as “ooohhhs, ahhhhs” as English words to count against us. The worst part about this was that they never had a clear explanation as to what truly happened, in terms of the commiteee’s decision… and this is why I started a petition in regards to the situation with LARAS, and fortunately, it has turned out very good. The president of the Latin Grammys reached out to me and our discussion was effective, and we’re looking towards a positive outcome to change the way the Academy judges music.
Unity unfortunate had to suffer this unjustful decision, however, the president is also looking into ways to support this project as he is a fan of it. The worse part I don’t have any more information at the given moment, but once I do, you’ll be able to see it on the petition website under updates.

Show UNITY has different formats including even 40 artists on stage in one of them. Because of tours and promoters functionality you are mainly using a 16 pieces band included four (4) dancers too who keep pop dance essence fused with latin dance. Kindly tell us a bit more about this amazing spectacle itself.
The most important part of this project is the MUSIC… I’ve spent a lot of time in terms preparing for the shows, and being able to give the spectator an incredible musical experience, to surpass what they experienced in the album. The beauty about this show is that it lends itself to include dancers as well… A big part of Michael was the visual element in his shows, his music videos, his incredible choreographies… so exactly what we did with the music, fusing the musical elements, we wanted to fuse the dance… Utilize this original choreographies, but fuse them with Salsa/Latin Dance to create a new visual element that results in a unique Michael Jackson Latin Experience.

9) Among 2016 projects and planning, a tour through Europe and Middle East countries is being organized so that these countries and everybody around, without distinction of worldmusic, latin and pop lovers, enjoy UNITY too as your music and this show itself are universal... When do you expect to be in Europe & Middle East and who is organizing this tour to contact with?
We are definitely planning an extensive tour for next year. Cat 7 Productions lead by choreographer & dance legend Susana Montero and well known producer Marcos "Cotton" Szczurek, are our partners, and you can find more information, bio, videos, etc, on www.cat7productions.com Their contact information is on the website as well.

10) It's been a pleasure to talk to you Tony and we thank your cordiality and humility during this interview. To finalize it, and looking forward to see you soon again on a stage, kindly send a personal message to people all over the world, from the botton of your heart.
It’s a pleasure to be here with you… and thank you so much for the invitation. It’s a privilege to be able to bring this project to the world, and I hope that it keeps spreading Michael’s legacy and message of Unity. For anyone out there with an idea, with a vision, with a dream… follow it, fight for it, as dreams do come true… don’t let anyone discourage you… believe in yourself, and unite with those who also believe in you, together anything is possible!

What The Heck is The Dominican Drink Mama Juana?