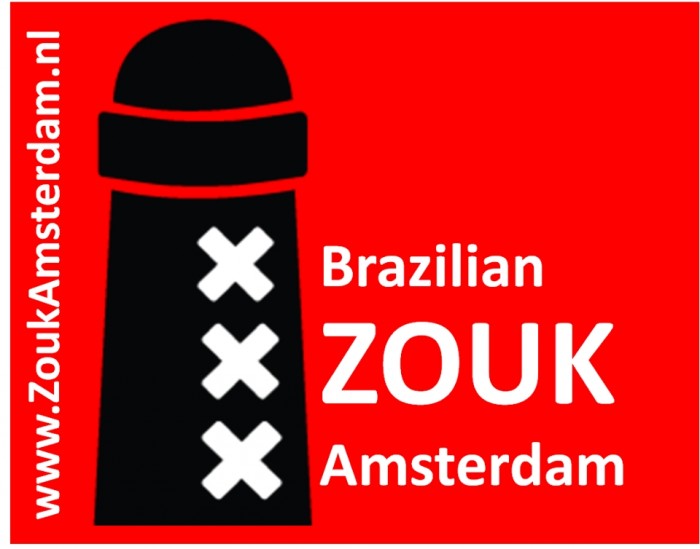 Welcome to the Brazilian Zouk Amsterdam Dance School! Our goal is to help building the Zouk Scene in and around Amsterdam by teaching weekly classes and organizing social dancing, workshops and other fun activities.

What is Brazilian Zouk?

Brazilian zouk is known for its flowing, expressive and sensual movements. The dance is about leading and following. Trust and connection between the dancers is important. Characteristics of the dance are the back bends (cambrés) and the hair of the lady that sways through the air, elongating each movement. People from every cultural background, age or level of dance experience dance Brazilian zouk.  The level can be adapted to every student in order to make the person feel comfortable and free. Brazilian zouk makes you find your own beauty as a dancer.

The DanceBrazilian zouk has its roots in the lambada. After being popular for a short period lambada soon became disreputable and was called ‘the forbidden dance’. However, lambada dancers continued dancing the lambada to other music styles, such as the Caribbean zouk and also started calling the dance zouk to avoid the association with the lambada. The slower zouk music had an impact on the fast lambada movements and soon a new, more sensual and fluent dance style, emerged. Nowadays, Brazilian zouk is also often danced to popular music with a zouk beat such as RnB, Hiphop and Dubstep. Over the years, also the dance changed and new zouk styles evolved using elements of other dance styles such as ballet, modern dance and hip-hop. Brazilian zouk has spread from Brazil over many other countries in the world. The countries that are known for a lively zouk scene are Brazil, the Netherlands, Australia, England, Spain, USA, Israel, Belgium, Switzerland, Japan, Thailand, Germany, Poland, France and Denmark.Read more.

The MusicZouk or Zouk béton is a fast tempo carnival style of music originating from the Caribbean islands of Guadeloupe and Martinique. Zouk means festival, well named because it uses carnival rhythms and contains West African influences. The French Creole tongue of Martinique and Guadeloupe is an important element. Caribbean zouk music became popular in 1980 through the band Kassav`. Kassav’ gave the style a pan-Caribbean sound by taking elements from compas, reggae and salsa music, and became one of the most famous bands of the genre in the world. In 1984 they landed a worldwide success with the hit "Zouk-la-sé Sel Médikaman Nou Ni". With this hit, Caribbean zouk rapidly became the most widespread dance craze to hit Latin American in some time, and was wildly popular even as far afield as Europe, Africa and Asia. In recent years new zouk music styles have emerged such as Zouk-love, Neo-zouk and Kizouk.