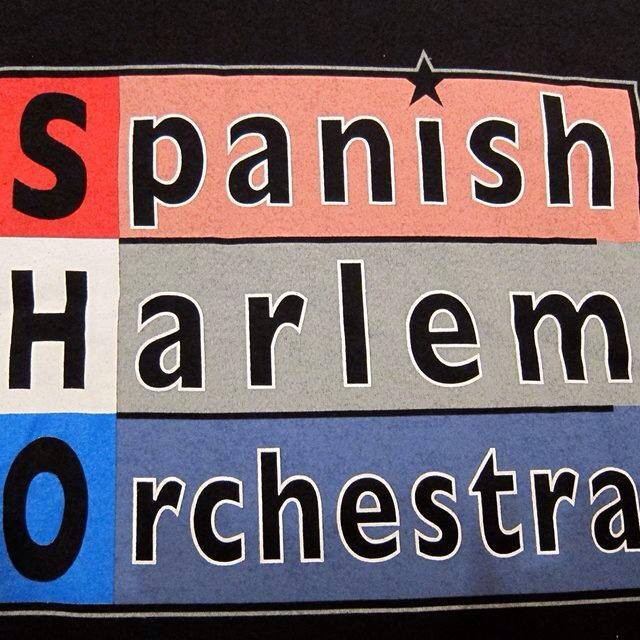 The new album - Viva La Tradicion - is out in September!

Whether a concert hall or an outdoor jazz festival, there is no easing you in, they are coming at you full force from start to finish. Their energy on stage, rich sound and musical precision leave audiences mesmerized until the last note is played. With an unwavering respect for the musics rich history, thirteen world-class musicians and vocalists come together to create an unparalleled musical experience.

Now in its fourteenth year,  SHO, as they are known to fans, is dedicated to the sounds of the barrio. Their music is characterized by the raw, organic and vintage sound defined by the genre. They are on a mission to keep the musical legacy of salsa dura "hard salsa" alive and expand its audience to those who love great music, not just Latin music. Grounded in the past, while focused on the future, they strive to keep the music relevant, while creating a unique and fresh approach.

With four albums, and as many Grammy nominations, this Latin Jazz powerhouse knows it is crucial to continually push themselves and raise the bar. They are currently working on their 5th album to be released May 2014.

After two decades of session work, composing, arranging and producing, band leader Oscar Hernández was approached by producer Aaron Levinson in 2000 about the idea of assembling and recording a Latin jazz orchestra. The result was Un Gran Dia en el Barrio, the 2002 debut recording from Spanish Harlem Orchestra (SHO) that scored a Grammy nomination for Best Salsa Album and a Latin Billboard Award for Salsa Album of the Year. Based on the success of their first CD, Hernández and SHO began touring and wowing audiences all over the world.

Their first Grammy win came in 2004 with their follow-up album, Across 110th Street, a reference to Harlem’s southern boundary. Featuring Ruben Blades as guest artist, the combination proved to be explosive and featured Blades singing in the style of Salsa Dura that many of his fans longed to hear.

Released in 2007, United We Swing earned yet another Grammy nomination. The album features Paul Simon as special guest singing a burning rendition of his hit "Late in The Evening" -- SHO style. Their second Grammy winning album, Viva La Tradicion, was released in 2010.

Oscar Hernández is all about tradition. Born into a large Puerto Rican family living in the Bronx, it was the nearby Spanish Harlem neighborhood that shaped his cultural musical sensibilities. The soundtrack to this bustling enclave in the ‘60s, emanating from any given window on any given day, was a mix of Latin Jazz and American pop radio.

Hernandez started playing the trumpet at age twelve; he switched to piano shortly thereafter. By the time he finished his teen years, he was making a living as a professional musician and gigging with some of the most talented Latin Jazz artists of the ‘70s. He spent much of the ‘80s producing, arranging and playing piano for Panamanian vocalist Rubén Blades while simultaneously leading his own band, Seis del Solar. In the 90`s Hernandez produced a recording titled "Dance City" which received a rave review in the NY Times and led Paul Simon to call him as arranger/producer & musical director for his Broadway show "The Capeman."

Face Book Tekst Now in its tenth year, the Grammy-winning Spanish Harlem Orchestra is one of the most formidable and authentic Latin jazz combos of the present day. Yet for all of its appeal and success with contemporary audiences, SHO’s success is actually rooted in the past. The 13-piece collective owes its front-line status to an unwavering respect for the music’s rich history and a tenacious adherence to the music’s enduring traditions.

Spanish Harlem Orchestra celebrates that musical and cultural legacy with Viva La Tradición, their new album set for release on Concord Picante on September 28, 2010. A mix of fiery salsa and a few moments of melodic balladry, the album’s 12 tracks hearken back to a time of Latin big band recordings populated by seasoned musicians who assembled in the same room at the same time, brought their best to the table and generated a spontaneous, natural energy all their own.

“I’ve played and recorded with a lot of great artists from different eras,” says pianist, bandleader, producer and SHO founder Oscar Hernandez, who began his career as an arranger and musical director in the 1970s for artists like Tito Puente, Ray Barretto, Celia Cruz and many others. “And Spanish Harlem Orchestra, since its earliest days ten years ago, has accompanied many great artists as well. So the title of the album is a statement about a group of musicians who understand first-hand the tradition of this music and all the great artists who were responsible for the tradition.”